A complete Race Team available for lease for a full race series, allowing you to forget about towing, chase vehicles and crew and simply come down and pre-run and race YOUR choice of vehicle in some of the best trails in all Baja!

In that case, consider the option of leasing a full race team, with a Champion winning race car, pre-runner, chase and support in the Southern Baja Off Road Championship!

The Southern Baja Off Road Championship

The desert races generally cover between 300 to 500 km. of great terrain and generally attract 100 to 140 participants per race, divided into 14 categories.  

The circuit is attracting a growing number of International racers as well, as well as a strong national Mainland Mexico presence. The American Off-Road Associations are encountering a dichotomy: As the interest in Off-Road racing and affectionados are growing, it is becoming increasingly difficult to host events in the States, due to commercialization of land and the growing obstacles encountered when seeking permits to run the races. The number of fans is growing, whilst the number of races is decreasing. How can this expanding interest be met, and the demand to view more races be nurtured?

Aside from the International attention the circuit is receiving, Off-Road Racing has become the of the most popular sports in Baja California, attracting an ever increasing number of spectators, with the whole family taking the opportunity to indulge in a day of entertainment.   This factor has caused an increase in sponsorship involvement due to broad reach of consumer impressions and appeal in a less commercial environment. Additionally, awareness and support has grown further as by viewer demand, several local television programs covers the Southern Baja Off Road Racing circuit, as do several magazines. The long courses allow spectators involvement close to their home towns, as well as the many who travel to see their favorite racers compete. The races are programmed in order to maximize sponsor exposure through a host of special events, including: exhibition parades through the town hosting the race the day prior to the race, as well as display at the Mechanical Inspection site with a pre-show “fiesta” and again at the Awards Ceremony following the race.

The short course races are generally held over a 2 mile closed track, with approximately 10,000 paying spectators per race, being a huge local “family” affair.

Generally all races are held on Sunday, except for the Dos Mares 500 that starts on Saturday afternoon. Contingencies are held the day before the race. As the races are fairly short, between 200 and 300 miles, pre-running can be done on the Friday prior to the race.

So how can we take most of the headaches of race planning and logistics away from you and your crew chief? By having everything that you need for a fun weekend waiting for you in Southern Baja!

Come and gain some more race miles under your belt mixed with great people and a lot of fun!

The series is a pretty simple one, with most races being between 200 and 300 miles. You can pretty much take care of everything in a long weekend: Fly in, pre-run a day or two, contingency Saturday, race Sunday, fly back Monday. We can have the GPS trails plotted, marked and loaded for you for the time when you come.

If you or your team cannot race the entire Championship, we may be may be available to race the car in any remaining races in order to try to achieve the best championship results.

We would supply any products that we get from our sponsors for the car and support vehicles, and expect that you would run their decals. 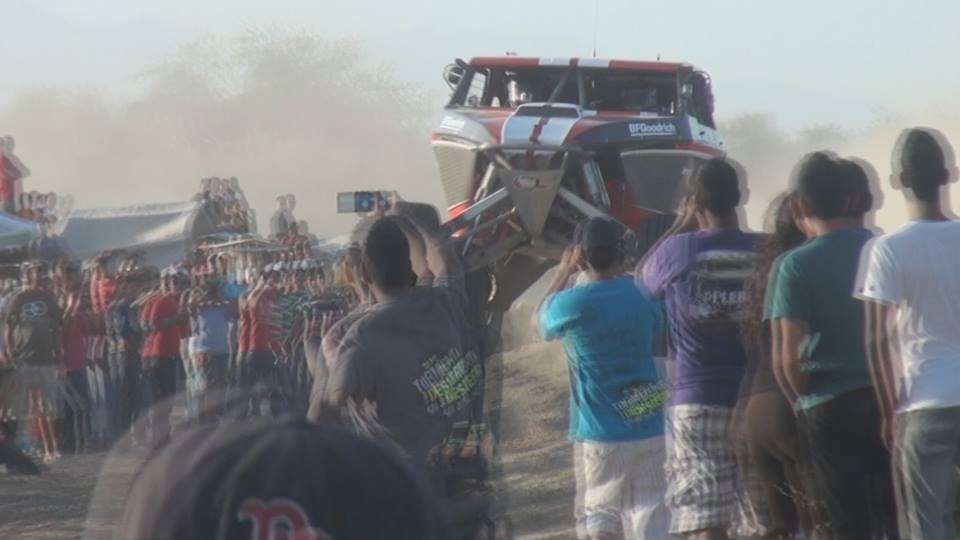